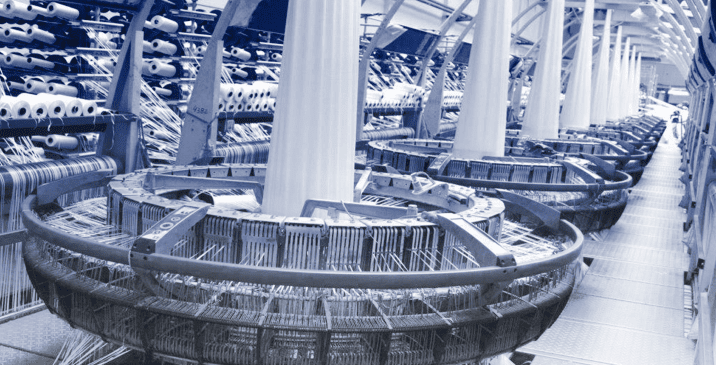 It is a common perception when we talk about a large manufacturing plant, the first association to be a site equipped with innovative machines that work 24/7 and hundreds of people who operate them. The last thing we think about is their software, the entire IT infrastructure, etc. Behind every large factory, there are terabytes of hardware power, a wide range of software, and computers that are an integral part of processes and operations management.

Over five years ago, consultants hired from the factory with the task of replacing and modernizing an enterprise’s existing IT infrastructure contacted us to discuss the challenges they were facing.

The plant was fully operational, but the existing hardware and software systems could not cope with the production load.

Driven by the desire to invest in modern core production facilities and sales growth, they had left technological modernization for better times. As a result, these decisions soon led to problems in machine productivity, and production management started disrupting the workflows.

To name a few problems: old IT infrastructure and hardware (computers), insufficient software licenses, IT network with unsatisfactory capacity, and lack of qualified IT personnel to be responsible for the three production locations. The management had to deal with these obstacles on time. To make things more complicated, their current cloud service provider was using outdated technology, and the disk arrays worked slowly; also, the old processors could not handle the current workload. In addition, there were issues related to support and insufficiently skilled staff not meeting the requirements and capacity of the enterprise.

The consultants had to remove all current irregularities, make a seamless migration to a new cloud environment, to carry out technology and software upgrades to the most current requirements. The project scope also included implementing a new ERP system integrated with an innovative accounting program and a complete update of the machine software.

In search of a solution

Paschim-T’s priority was to find a new cloud service provider that would cover 100% of their requirements, along with flawless and adequate technical expertise in maintaining the working systems. Although the company had also invested in its server center, it could not fully exploit the facility due to the lack of trained support staff. Therefore, they decided to look for an external, reliable cloud provider with an excellent reputation, so they found such a partner in Daticum AD.

Daticum also won us over by using only proven, major cloud infrastructure providers (VMware, IBM, etc.). I was also impressed that they are hosted in their own data center. I am very grateful to the team for their prompt response and instant support whenever we needed them. During the migration to the cloud, they were always by our side. Everything worked without disruptions, and even if there was a small problem, it was fixed instantly. We have built great relationships to this day

Thanks to Daticum’s teamwork and the client’s team of consultants, we managed to design and implement the optimal on-premise cloud infrastructure, which is still running smoothly today. We did not have to stop the production facilities during the migration even for a second.

The employees did not even understand that we were doing a migration; they were only asked to restart their machines. In addition to the innovative cloud infrastructure that Plastchim-T can boast of, their costs for IT equipment and related activities have also decreased dramatically.

Plastchim-T has been working with Daticum for eight years, and we are delighted with our cooperation.

Our partnership with Daticum allows us to focus on the important tasks related to our core business. We are pleased to have chosen a secure and reliable cloud service provider such as Daticum.

This website uses cookies to improve your experience while you navigate through the website. Out of these, the cookies that are categorized as necessary are stored on your browser as they are essential for the working of basic functionalities of the website. We also use third-party cookies that help us analyze and understand how you use this website. These cookies will be stored in your browser only with your consent. You also have the option to opt-out of these cookies. But opting out of some of these cookies may affect your browsing experience.
SAVE & ACCEPT